Carolina is a pianist with great musicality, who seeks expressivity through sound.

She graduated in 2016 with an outstanding grade t the Higer Centre Katarina Guska, obtaining the Superior Title of Music.

Her teacher Nino Kereselidze, has transmitted her taste for Russian music, playing musical pieces and carrying out research works of P.I.Tchaikovsky and S.Prokófiev.

She has finished in 2018 the Mater degree of Soloist Interpretation, at the same centre, CSKG.

Nowadays she is a piano teacher in Almer, school of music and arts in Las Rozas de Madrid, and she continued her upgrading courses with her teachers, Nino Kereselidze, Javier Negrín, Alexander Kandelaki and  Ángel Sanzo in CSKG.

Due to her early artistic vocation, she took part in 2008 in the “VIII Hazen Piano and Music Contest” gaining an “Honourable Mention” in the piano modality 1º and 2º Professional degree.

Her piano repertoire is wide, since baroque music as J.S.Bach to contemporary music as O.Messiaen.

In September 2018 she has taken part in the piano speciality in the “XV cours of pianists and conductors and León Youth Orchestra” from Eutherpe Foundation, where she received masterclasses of piano from Elza Kolodin and attending conducting clases of Bruno Aprea.

She has given solo as well as chamber music recitals at cultural centres and music schools.

Carolina is fascinated by Chopin´s music, her favourite composer, which has led her to perform the nº1 piano concert in E minor, of this autor. 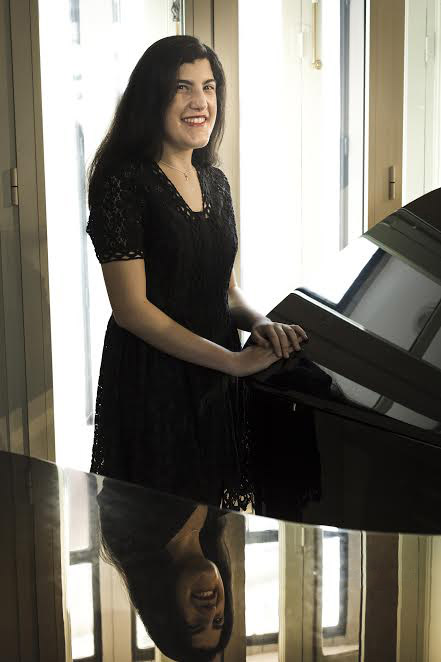 “If it were not for the music, there would be more reasons to go crazy”
Piotr Illich Tchaikovski

Repertoire for piano only

Repertoire of contemporary music for piano only

Repertoire for piano and orchestra 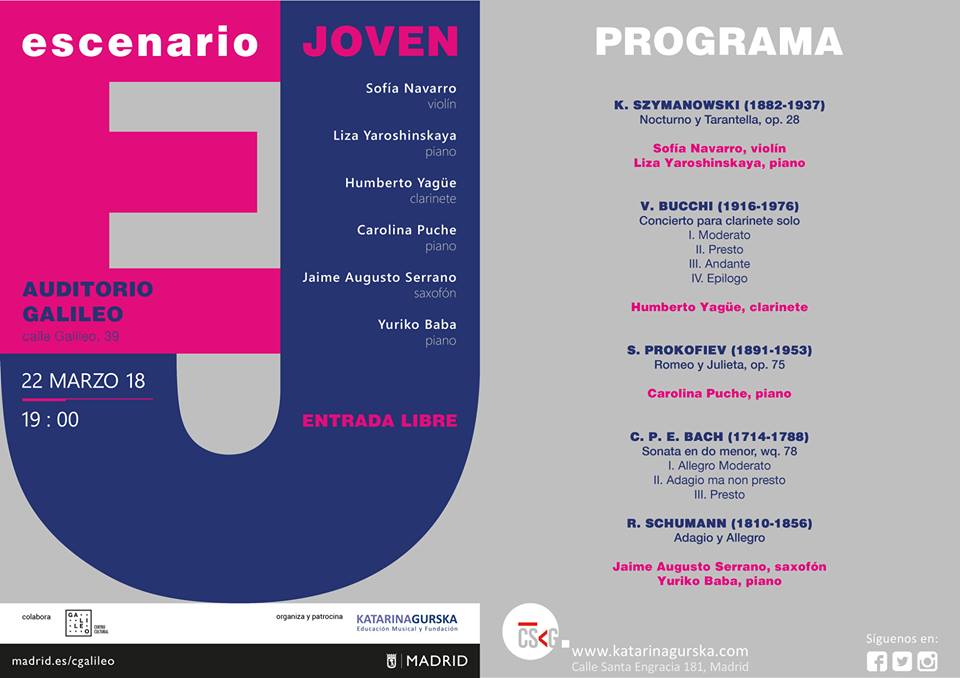 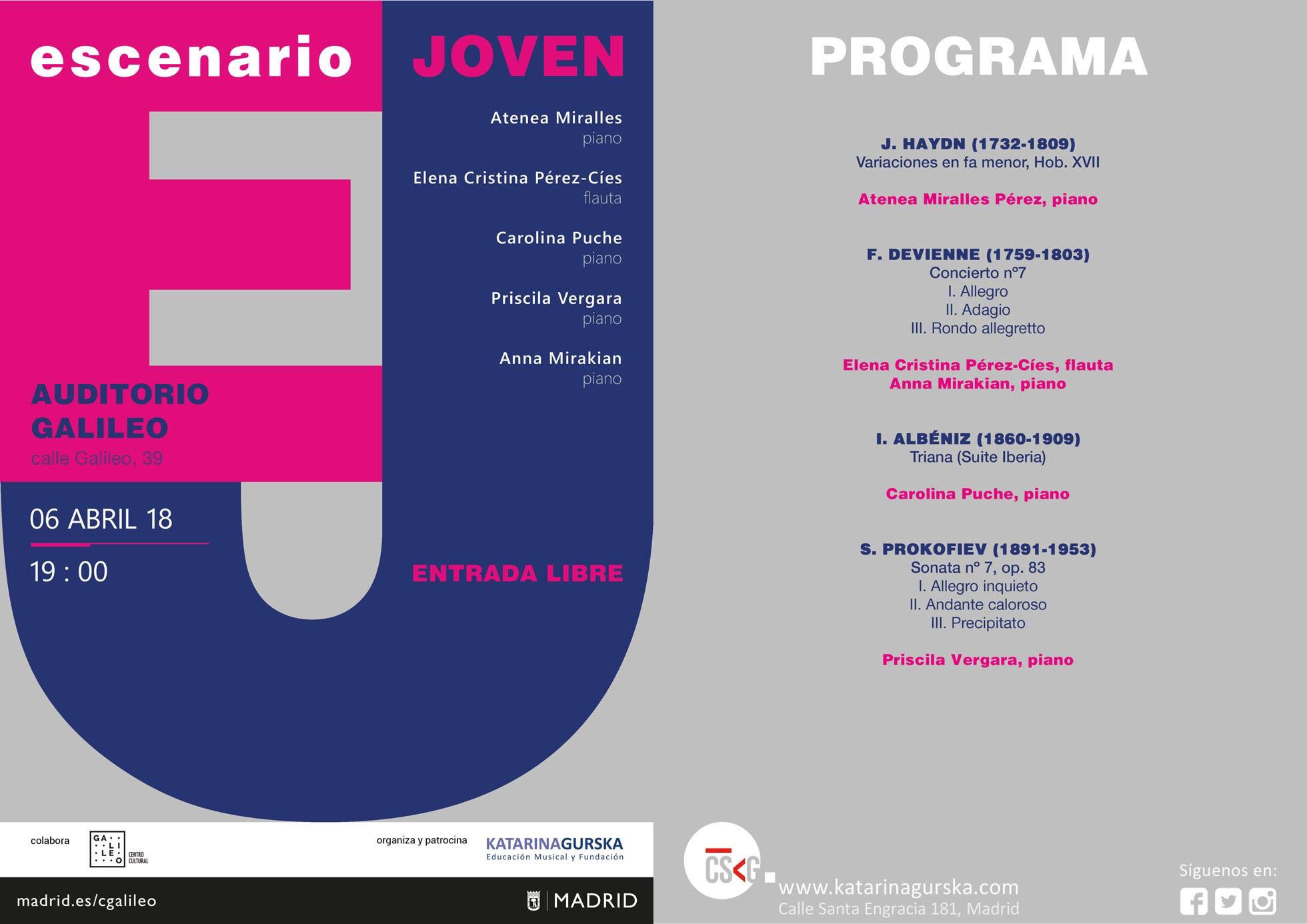 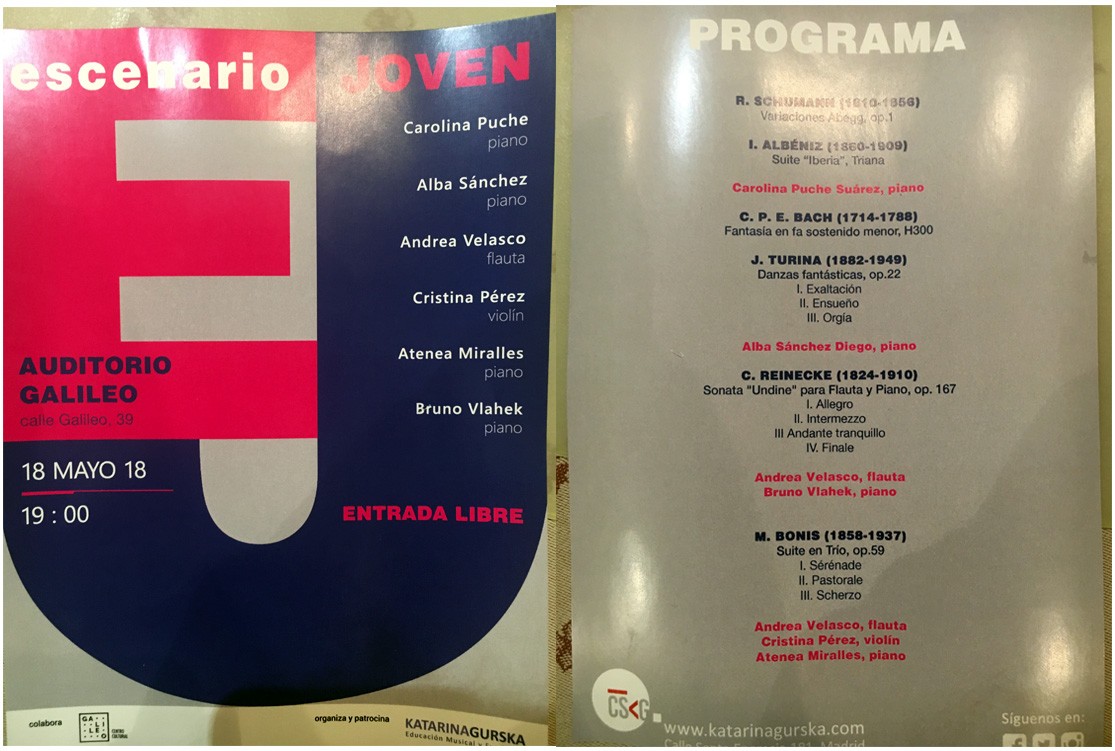